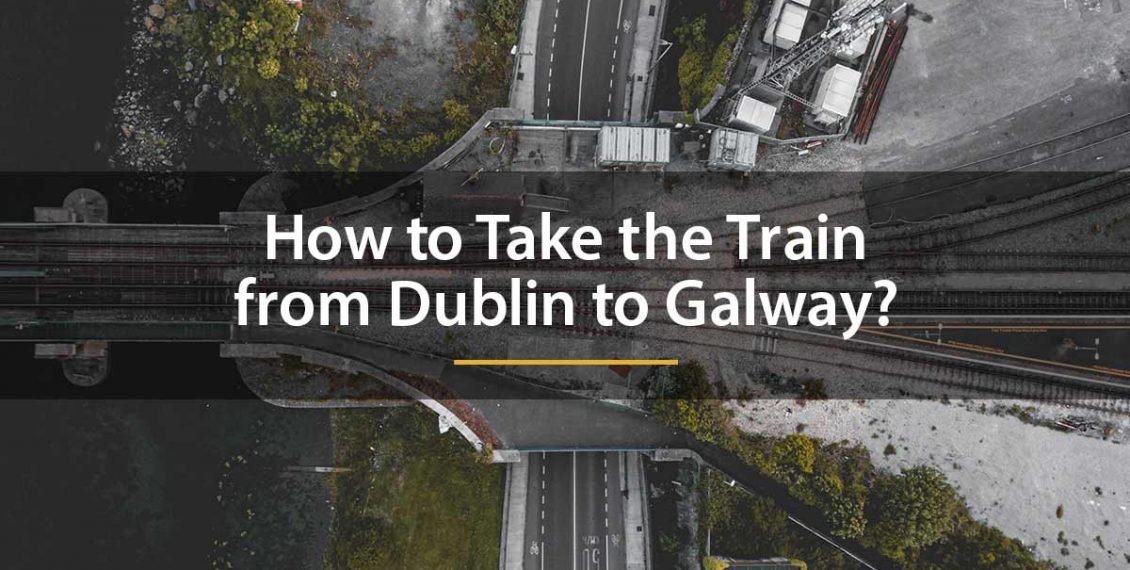 Searching for the right train from Dublin to Galway has never been so simple. With just a few clicks of your mouse, you’ll be offered a lot of options to get to and from these two beautiful cities in Ireland. By using departure and price filters, you’ll be able to find the right train journey that matches your needs and preferences. Here is all the information you may want to know if you're looking to go from Dublin to Galway by train.

Read more: What Is the Best Time To Visit Ireland?

One of the major railway routes from the city of Dublin to Westport is the Dublin-Westport/Galway line. This route is a portion of the bigger intercity rail network made up of branches of the mainline between Cork and Dublin. The way to Galway and Westport branches out from the mainline at Portarlington and carries on up to Athlone. There, it splits into different directions again, with a branch going to Galway while the other continues to Westport.

In 1866, the MGWR opened the Westport line to the public. Today, services operate from Dublin’s Broadstone station through to Mullingar. But in 1859, the GSWR route stretched to Athlone in order to provide a secondary route for people coming from Kingsbridge station. In the 1970s, the GSWR line was completed as the major route going from Dublin to the west coast.

The MGWR officially opened the Galway line in 1851. It has now become the main route for those headed to the west coast from the city of Dublin. The GSWR route going to Athlone started operating in 1859. However, the company also operated another route located in the western part of the country, when it bought the Western, Limerick, and Waterford Railway, which was run by the Waterford-Collooney line known as Athenry.

In the year 1973, the CIÉ created the previous GSWR route as the major one going to Galway. The old MGWR line served until it gradually stopped, as the GSWR line was completed in 1987.

Read more: What is the Weather in Ireland in October?

The Train from Dublin to Galway today

Since March 2018, every service to both Galway and Westport has been running under the Intercity brand. It uses the old Dublin Heuston GSWR route. Nine trains run every day in both directions between Galway and Dublin. From Monday to Thursday, there are 8 trains that operate between Heuston and Galway, and 9 trains between Dublin and Galway.

Which stations are served by the train from Dublin to Galway?

The trains to Galway leave Dublin from the following stations: Dublin Pearse, Dublin Connolly, Dublin Heuston, Docklands, and Tara Street. They arrive at the Galway railway station, which is located in Eyre Square in the center of the city.

How many trains are there from Dublin to Galway every day?

If you want to take the train from Dublin to Galway, you will be happy to know that there a total of 36 daily connections available. You have to keep in mind that there are 33 routes involving one or more change(s), while there are 8 direct routes.

Because of this, picking an offer on an indirect line can sometimes be the best way to travel effectively, especially if there are not a lot of connections and if you search for a ticket at the last minute. On the other hand, it also means that you will have to experience a longer trip. Conversely, make sure to choose a ticket for a direct line if you’d rather stay on the same train and avoid having to change.

How long is the journey from Dublin to Galway, and what are the operating hours?

The first train from Dublin to Galway leaves at 7:00 AM, while the last trip departs at 7:00 PM. The journey usually lasts 3 hours, although there are trains that can get there in only 2 hours and 15 minutes. Of course, those are usually more expensive.

Read more: Are You Planning On Living In Ireland For 3 Months?

Going to Galway from Dublin Airport

Unfortunately, the train to Galway doesn’t leave directly from Dublin airport. You are first required to hop on a bus into the city in order to get to the train station. On the other hand, the airport is right on the motorway, and taking a taxi can also be convenient.

Get the best deal on your train ticket

Book your train journey from Dublin to Galway online now to get the best time and price. Get your ticket.

Places to stay in Dublin and Galway

Search for top-rated accommodation in Dublin and Galway at the best price guaranteed:

Our favorite things to do around Galway

So, as you can tell, it’s not too complicated to take the train from Dublin to Galway. Hopefully, this information will enable you to get to your destination quick and stress-free.

Do you have further questions on this topic? Don’t hesitate to let us know in a comment below! Similarly, if you have other suggestions to make travelling by train from Dublin to Galway easier, we’d love to hear them!