New York’s Central Park Has Something for Everyone 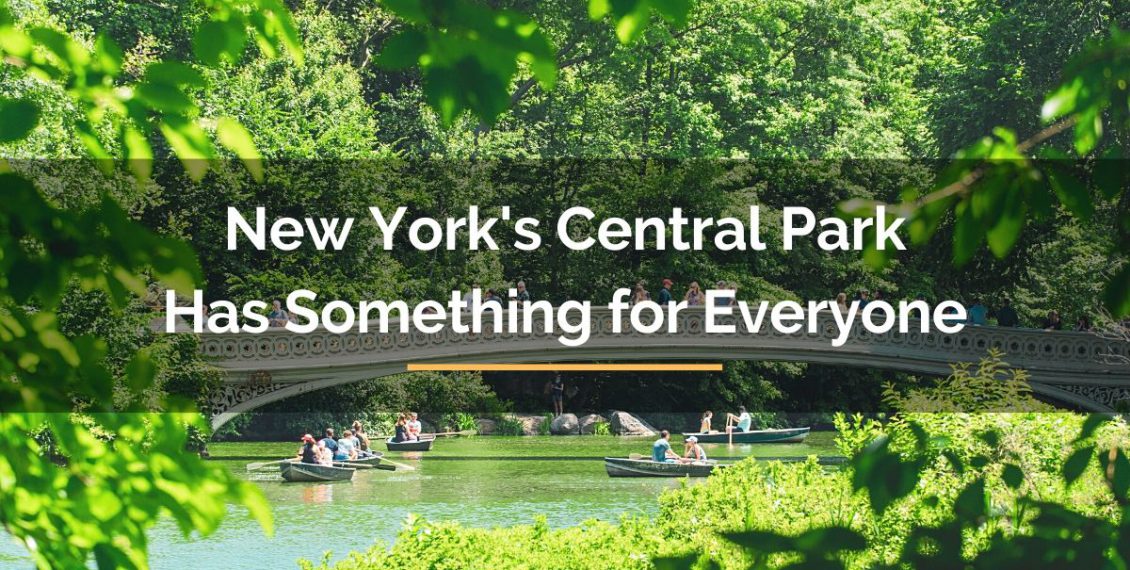 If we accept that time flies when you’re having fun, it’s easy to see that when you’re in New York, time is strapped to a rocket and sent hurtling at supersonic speeds! That’s why there’s the famous expression 'New York minute', which means a very brief moment. When in New York, what would be a minute elsewhere is but a tick of the seconds hand on your wrist watch!

Why? Because as Noel Gallagher of Oasis once famously commented, New York isn’t just the centre of the world, it feels like the centre of the universe. There are countless things to see and do, and enough people to meet to last you a hundred lifetimes without ever leaving the city. So, where to begin? Today, we’re going to focus on a few of our favourite things to enjoy in Central Park, the city's sprawling 2.5-mile-by-0.5-mile breath of fresh greenery amid the hubbub of the roaring streets and sirens.

If we were to nit-pick at all with Central Park (and New York in general), the only problem is that with so many cars and taxis and buses and bikes and pedestrians, there’s a hidden injury around every corner. If you slip and fall, for any reason, or if you are involved in an accident with another person that wasn’t your fault, be aware that you may need a lawyer.

Read more: Central Park At Night: Is It Safe To Visit?

For a small fee, you can step onto the famous Central Park Carousel. Over a quarter of a million people per year take the ride. Although no longer in its original format, the first carousel was opened in 1871. It faced objections from people who wanted to keep the park free from commercial enterprises, but was eventually accepted.

With so many people wanting to ride the Central Park Carousel, the fares soon increased, and the fair ride found its way into the history books. There have been four versions of the ride since its inception - thankfully, the modern ride is no longer horse-powered! 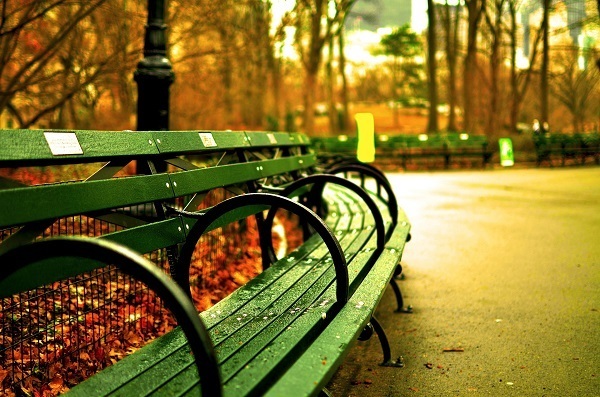 Central Park is littered with public benches. Many of them have been ‘adopted,’ i.e., a plaque with a quote dedicated by someone to a loved one has been installed. There are hundreds to see. As an attraction alone, it’s a bit of a treasure hunt finding all the plaques. But we like to think of them as an added bonus to keep an eye out for as you stroll the day away.

Sure to delight both children and adults, the famous Central Park Zoo gives you the chance to observe animals like penguins, polar bears, sea lions (and many more!) up-close. The facilities also comprise a well-thought-out interactive and educational center where you can learn a lot about the diverse species housed here, including by watching movies in the zoo's fun 4D theatre.

Central Park is one of the top venues to be active and make the most of the outdoors in New York. In keeping with this, it offers a range of exciting sports and activities to take part in at any time of the year.

In winter, the park is famous for its two ice-skating rinks, which you'll probably recognize from the many movies based in New York in which they appear! Whether you choose the iconic Wollman Rink by the east side entrance, or the Lasker Rink located halfway through this vast green expanse, Central Park is one of the most romantic and picturesque settings in the world to practice your gliding! 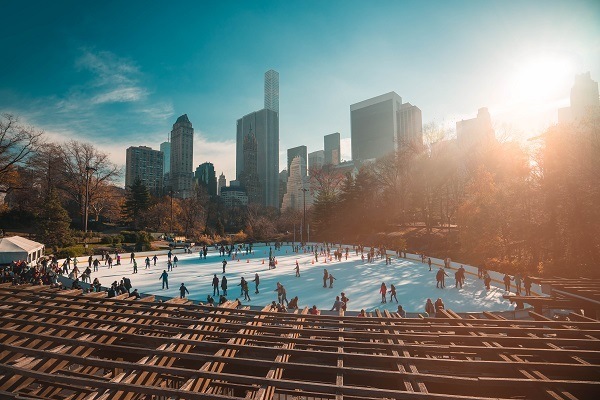 In summer, the Lasker Rink transforms into a swimming-pool and is a fantastic place to come for a refreshing splash on a hot day. Boating on one of the park's seven lakes is also a popular pastime in the sunny season.

Of course, many visitors and New Yorkers alike also enjoy cycling, running, yoga, etc. in the park year-round. In fact, jumping on a bicycle can be one of the best ways to tour the different areas of this giant park. In addition, with its many boulders and rock formations, Central Park is a propitious terrain for rock climbing and offers surfaces for all skill levels.

New York's Central Park has a busy calendar of festivals and special events throughout the year. From the vibrant annual SummerStage music & performing arts festival, to the free concerts in the park organised by the Metropolitan Opera and the New York Philarmonic, or activities such as scavenger hunts, aerobics, fun runs, and much more, there is always something going on.

If you'd like to catch one of these one-off activities on your trip, it's a good idea to check the Central Park website to see what will be happening at the time of your visit. 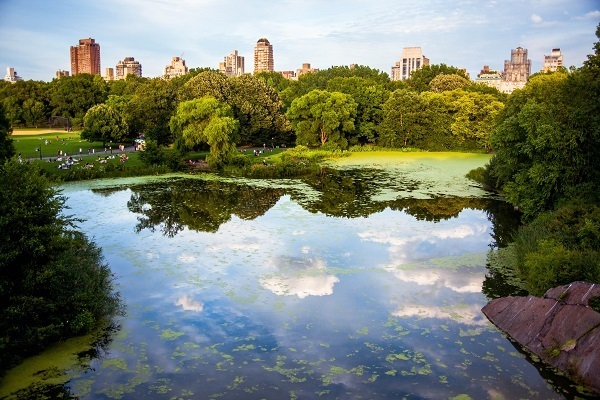 These are just a few of our top recommendations to help you make the most of one of New York City's very best attractions! Of course, having a good time in Central Park can simply involve taking a leisurely stroll or rounding up your partner, your family, or a group of friends to enjoy a picnic in the city's green oasis.

Do you have other favourite things to do in New York's Central Park? We'd love to hear them - let us know in a comment below.

3 Ways to Reduce Nerves When Visiting a New Country