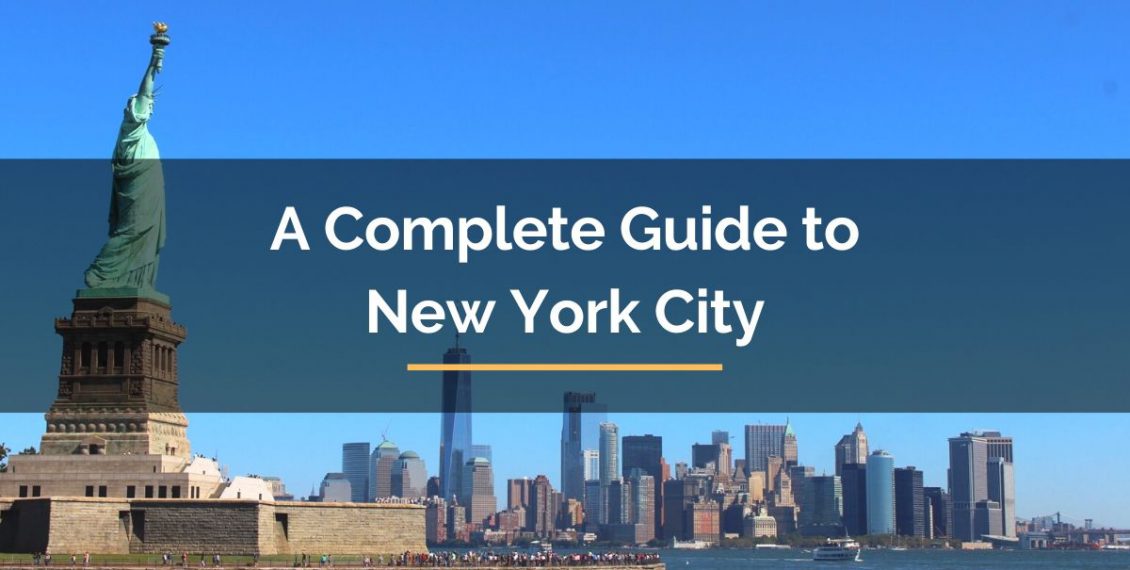 New York City is one of the most iconic vacation destinations. But there is so much happening in the Big Apple that visiting can be extremely overwhelming. It’s up to you whether you want to spend a weekend, a few days, or longer in New York. I recently stayed almost 5 full days in the city and found out the best places to visit. Since this recent trip was already my second visit, in this article, I put together a complete guide to New York City.

Here are my detailed recommendations for a successful trip to New York, from the best time to visit New York, to the top things to do in New York, and what food to eat in New York.

Before I share my favorite tips for visiting NYC, let us first explore what the city has to offer in each season. 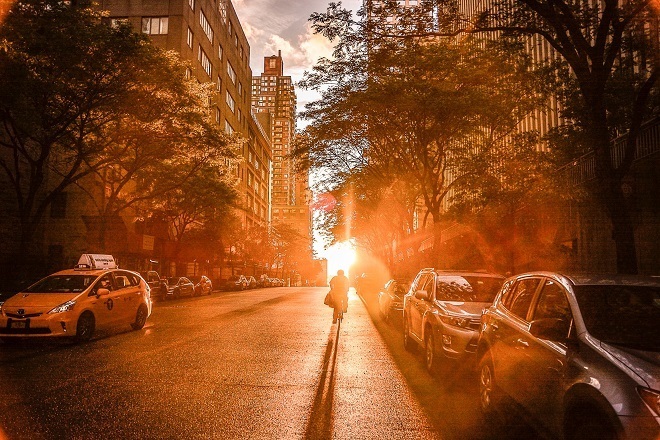 There is always something going on in New York. Because of this, people from around the world like to visit and to plan trips to the city year-round. That said, people often ask me when is the best time to visit New York.

I would say that the best time varies. It very much depends on what you are planning to do in New York City. Winter is actually great for visitors who do not mind exploring New York in the cold, snowy season. As December and Christmas in New York are popular, the city can get pretty crowded at that time.

January can be a smart time to visit New York. You will be able to take advantage of great deals on flights, local transport, and accommodation.

If you want to enjoy New York City mostly outdoor, then spring is a very good choice. After the spring season, the hot scorching summer sets in, along with rain and storms. Summers in New York are great if you like to enjoy the free events in New York. However, note that most people are on vacation at that time, so it is by far the busiest season in New York City.

New Yorkers really love their city in the fall. September and October especially are the best, since summer has just ended and the school holidays have not yet started.

How to Reach New York?

There are three main ways to reach New York, depending on where you’re traveling from.

Train: I would recommend visitors from North America to take the train. Trains to New York City are stress-free and quite efficient. There are many train routes to NYC available from Canada and from all over the USA.

Bus: This option is best for local visitors, particularly those coming from nearby Washington, Philadelphia, Boston, New Jersey, and Connecticut.

Where to Stay in New York? 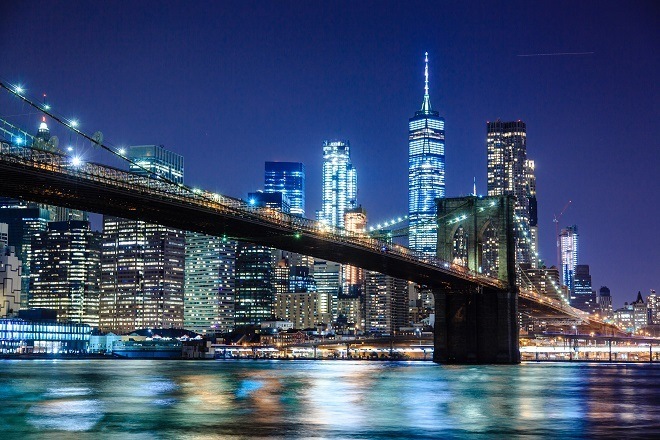 There is a plethora of hotels to be found in New York, since the city is such a tourist hotspot throughout the year. Nevertheless, you will have to do a bit of research to find the right room for yourself, according to your budget and the facilities you want.

The majority of visitors prefer to stay in Manhattan, as most people associate New York City with Manhattan. Most of the tourist attractions are indeed found on the central island of Manhattan. It is actually the poshest part of New York, although there are also some budget options available. If you want to spend less, then you can avail of budget-friendly hotels and dine in cheap restaurants.

My friends and I rented a short-term apartment, as we found it the most affordable option. Renting a place with a kitchen also helped us to save more money as we did not have to buy food from outside. We cooked our meals at home instead.

So, there are many alternatives and you can choose the one that suits you best. If you are on a really strict budget and need to watch your spending, then you can also choose to stay in a hostel and to have your meals there.

Things to Do in New York 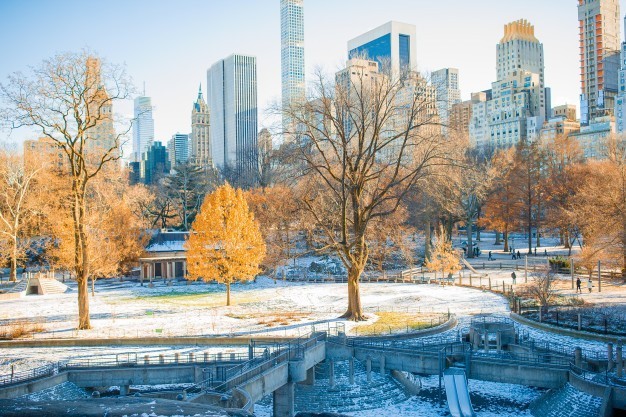 There are countless things to do in New York, so it’s impossible to run out of ideas and get bored. In most probability, you will not have time to visit all of the spots you want to see. So, make a plan before your trip or on your first day in New York and decide which places you would like to visit in priority.

Since I visited New York recently, I can tell you that you must not forget to visit some of these top places:

There are many other things to see and do in New York, but these are the spots you cannot afford to miss.

Read more: ​New York’s Central Park Has Something for Everyone​​​

Where to Eat in New York? 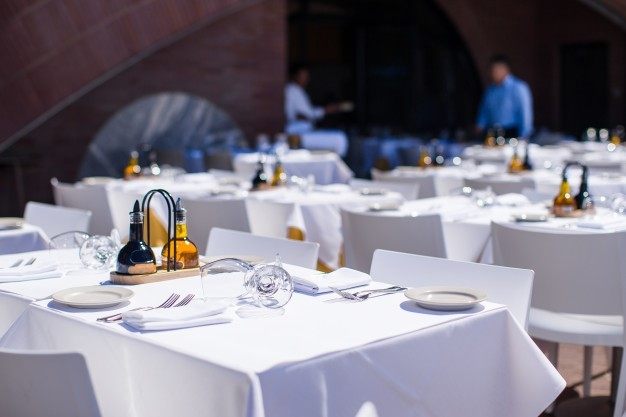 New York has some wonderful food joints, which I loved to explore. Since I am a foodie, I did a lot of restaurant-hopping. But I am not going to tell you where to go, because I want you to go out there and find your own favorites. That's a big part of the fun of visiting New York!

New York has such food variety that you can get anything, from steak to seafood, at price ranges from low to high. There are many nice cafes in New York where you can begin your day with a good breakfast. Again, options come at different price levels. You can also enjoy fine dining at some of the world's most exclusive restaurants.

But the best thing is the street food. Don't ignore it! If you stroll along the streets of New York, you will find some delicious food to taste. Delis, diners, and pizza slice places are also very popular in the big Apple.

Another important eating option in New York - which is rather unique to the world except perhaps for the UK - is the concept of tea rooms. There are some exotic, refreshing tea rooms in New York, and I am sure you will love spending an evening there.

New York is also known for its romantic atmosphere and charming restaurants. You can choose one for yourself to spend some time in with your beloved. The ambiance of this type of restaurant is amazing, and nothing can beat their vibe and feel.

If you are planning to visit New York City soon, then I hope this complete guide to New York City was helpful. I have given you the basics to start planning a great NYC getaway. You can choose the best time to visit New York according to what you want to do there. One thing to keep in mind when traveling to New York is that it's useful to establish a budget in advance. Once you have a budget, it will be easier to organize your trip.

What is your favorite attraction in New York City? Let me know in a comment below!

Evanka Smith is a freelance content writer and enthusiastic blogger. She is the co-founder of dreamandtravel. She contributes to many authority blogs, such as Content Rally.