What Is The Legal Drinking Age In Japan? You Would Not Expect The Answer! 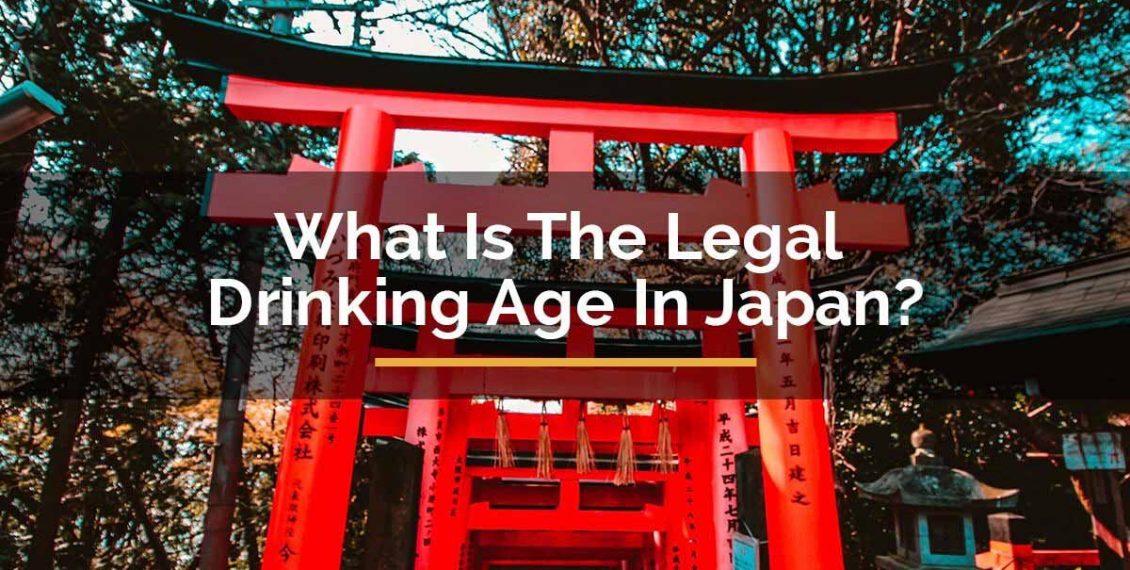 In Japan, age matters. From the day a person starts school to when they land their first job and when they eventually reach retirement, in Japanese society, age is greatly connected with an individual's status. In Japan, 20 years old is the age a person is considered to become an adult and is honored in a special celebration known as "Seijin no Hi”. So, does this mean that it is also the legal drinking age in Japan?

For those who are from countries where drinking starts at 18 or even 16, like Spain and Italy, Japan’s age restrictions for drinking may come as a surprise. It is closer to the minimum age for drinking in Korea and in other Asian countries. Indeed, 20 years old is the legal age for drinking in Japan, and one must have a valid ID to prove one's age.

When buying alcohol, showing your ID is required. Just like in other countries, you can be stopped from buying alcohol if you look too young – an awkward situation... although you might also find it flattering!

The country's underage drinking law was made official in 1922. Most countries have reduced their consumption of alcohol since WWII. Japan on the other hand has been able to increase it, since it had already started controlling it from as early as 1922. Generally, alcohol is huge in Japan, with consumption increasing among younger people as well.

Japan is a great place for those who like drinking. One reason is that public drinking and intoxication are acceptable. So, it's safe to say that alcohol is a big part of the Japanese culture.

However, this is not to suggest that you can drink uncontrollably and in any way you want while in Japan. Learning some drinking rules and etiquette goes a long way to avoid making a faux-pas and keep you safe!

There are some rituals that you have to consider before being able to empty your glass. Don’t pour your own drink: your host or friend has to do you the honor, and you must then also serve them in return. You’ll hear exclamations of "Kanpai!" often. It means "Cheers!" in Japanese.

Unlike in many Western countries, going out solely to drink alcohol is not very common in Japan. Drinking usually comes with a meal or a light snack, called otsumami. Otsumami is normally served on a plate and commonly involves beans, small rice crackers, or dried squid.

While the country’s national drink is sake, or Japanese rice wine, the alcohol most commonly ordered in bars is in fact lager beer. The most popular brands include Sapporo, Kirin, Asahi, and Suntory. They’re worth trying out!

Watch out for brands that are cheaper – many of them are not actually real beer, but a malt-flavored drink. While they may taste and look like cheap beer, they will not give you the same experience! When it comes to the more expensive type of alcohol that is sake, going for an affordable option is a good idea.

Drinking on the Streets and Out in Public in Japan

As mentioned earlier, it’s common to see people drinking, and even drunk, in public. However, you have to keep in mind that some parks may have special rules about how people can drink or eat on their precincts. Generally, it's okay to pop a bottle open almost anywhere in the country. But then again, make sure you’re not on a private property where there are rules to follow.

There are times when you will see people getting drunk inside a moving train in Japan. This usually involves older men, and they'll typically be wearing suits and holding a briefcase, as they're coming straight from work. That being said, as a tourist, it is best to avoid putting yourself in this kind of situation.

Good Places to Drink in Japan

Most restaurants offer alcoholic drinks. So if you’re not very comfortable drinking in public, you certainly don’t have to and can do it instead in a more confined setting. If you're out with a group of friends, one of the most popular and fun places to have some drinks is in a private karaoke box. Not only can you drink, but of course, you can also sing your heart out and have a blast.

The drink options in karaoke boxes are normally broad and include brightly colored beverages, some spirits, and of course a selection of beers. Western-style drinking places are usually limited to some high-priced mock pubs. They are mostly found in the larger cities, and are often not the best option. They tend to be more expensive and don't give you as much of a local experience.

A great selection of alco-pops, known as chu-hai, is also widely available. You can get some from convenience stores like 7-Eleven, Lawsons, Family Mart, or Circle K, and in bars and restaurants. Chu-hai can be made from barley-distilled spirit, rice, or sweet potatoes.

Whiskey is popular among Japanese men. Scotch is considered to be the best and is extremely desirable. A lot of Japanese whiskeys have been gaining more and more popularity in western countries. Suntory and Nikka are two popular brands. Meanwhile, Yamazaki and Yoichi are considered to be two of the best whiskeys in the whole world.

Depending on where you choose to drink, whether it's in a bar, a restaurant, or an izakaya, you will either get your drinks poured by the waiter for you, or your table will need to pour its own drinks. If the latter is the case, then you have to know that there is a process to follow.

When drinking in Japan, it’s considered polite to fill the glasses of everyone else, but not your own. You are supposed to wait for someone to pour a drink into your glass - usually after you've done the same for them!

When you move to fill the glass of your companion, don’t be surprised if they refuse. This stems from traditional Japanese humbleness or a form of formality. However, unless someone is repeatedly and fervently asking you not to serve them, they are just being polite and you should proceed anyway.

As mentioned earlier, when you fill your companion’s glass, they will normally return the favor and pour you another drink. So, be careful if you want to stop drinking. If you've had enough, you can always leave the glass half full to indicate that you no longer want to drink.

It is pretty common for locals in Japan to party late into the night when drinking is involved. Salary men will often stay out very late with their bosses and coworkers. So, don’t be surprised to see them sleeping on the train! Many of them spend only a short while at home before they have to leave and head back to the office in the morning, only to do the same thing over and over again. It doesn’t matter whether it's a weekday or not.

The bottom line is that if you really want to experience the nightlife and the local scene in Japan, you have to be prepared to stay out later than you might be used to. Of course, this depends on the people you go out with and their habits. But it is definitely not rare to stay out very late when enjoying some nice drinks at night.

Provided that you are over the legal drinking age in Japan and that you actually enjoy drinking, you will be happy to know that the Land of the Rising Sun has one of the best night scenes in the world! By knowing some tips and important information, you are just a step away from having an amazing travel experience in this unique country.

Read more: How to Travel for 2 Weeks in Japan: Top Things You Need to Know

Hopefully, this article has been helpful in answering your questions about the drinking rules and culture in Japan. If you enjoyed it, then browse through our blog to read more helpful travel tips. And, don’t forget to share this with your friends on social media.

If you have other questions or any tips we forgot to mention, let us know in a comment below!