What Is the Language Spoken In Prague? Here Are Interesting Facts To Know! 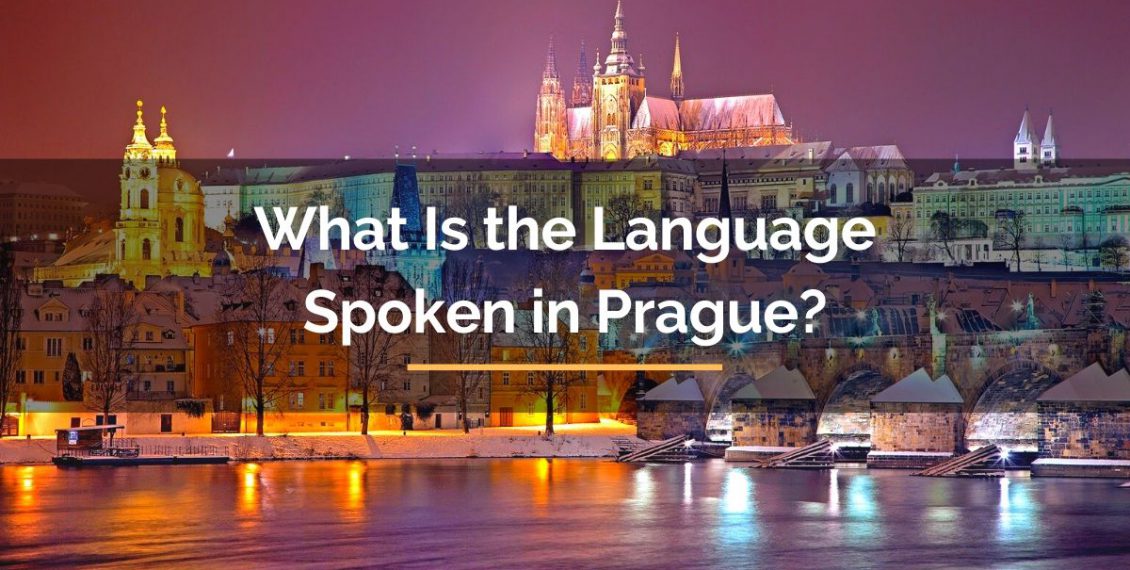 The language spoken in Prague, the Czech Republic’s capital city, is Czech. Even though the Czech language is considered to be one of the more difficult languages to learn, being able to say at least a few words in the local national language will make your trip easier, whether you are staying here for a while of just making a quick stop as part of a longer ​Europe itinerary. The Czechs will appreciate you more when they hear you make an effort to speak their language.

What Is the Language Spoken In Prague? Here Are Interesting Facts To Know!
Is Czech the Only Language Spoken in Prague?
The Czech Alphabet
The Czech Language and Culture
Language barrier in Prague
Meeting and greeting the locals
Communication in the Czech Republic

Is Czech the Only Language Spoken in Prague?

The language spoken in Prague, Czech, is spoken by more than 96% of the country’s inhabitants. However, you don’t have to worry too much about having problems communicating with the locals. Most people in the city also understand English, and some know German as well.

Older people may speak German and Russian. Indeed, German is widely spoken. In fact, until the mid-1990s, it vied with English as the national business language. As a post-World War II legacy, it’s not rare to hear German being used in small towns near the borders with Germany and Austria. 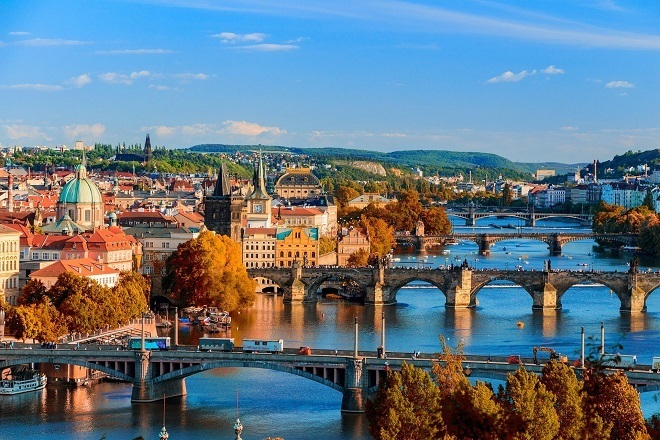 The English language has been taught in schools since 1989. The benefits are now starting to show, as English is spoken extensively in Prague and in other cities with large populations of tourists and expats. In smaller towns, English-speaking is still fairly rare, especially among older generations. However, it is rather popular among younger people. Children and teenagers are exposed to the English language through obligatory teaching at school and through the influence of pop culture.

Czech is a Slavic language, which is a category that also includes Slovak, Polish, Russian, Serbo-Croatian, and Slovenian.

Again, even though Czech is not as easy to learn as, say, Spanish, it could be nice and useful to learn a few words before your trip. To give you a basic idea, here are a few interesting facts about this language.

The Czech alphabet contains 32 letters. Fortunately, most of the consonants are pronounced as you would in the English language.

The specific accent added to a vowel or consonant alters the letter’s pronunciation: for instance, you must pronounce the letters š as "sh", č as "tsh", and ě as "ye".

You must pronounce the letter "r" as you would in Spanish, i.e. by rolling your tongue.

In a lot of Czech words, you’ll find a long string of consonants in a row, as if using vowels had entirely been forgotten. This makes it quite a challenge for foreigners to pronounce. Expect a lot of laughter when you try to read random street signs in the city!

The Czech Language and Culture

Learning some of the basics of the language is likely to make your stay in Prague not only easier, but also more enjoyable. Keeping an open mind will surely help you adapt to your new environment faster and ease your culture shock.

As the main language spoken in Prague and the country's national language, most of the people in the city speak Czech, and a lot of - mainly older - people do not speak perfect English. Moreover, even if many do have a decent level of English, they may not feel comfortable or confident talking to you in the language. Therefore, learning a couple of basic phrases and key Czech words will help you get around more smoothly.
​
Read more: Prague Itinerary: What to See In Prague in 2 Days

Road signs are usually written in Czech. That’s why you may want to have a dictionary or a translator app with you while ​traveling around the city.

We recommend carrying the Lonely Planet Czech Phrasebook & Dictionary with you! It's been our trusty travel companion on our trips to Prague. With its clear and compact, well-organized format, it's comprehensive and easy to use. It contains all the practical phrases you need to understand others and make yourself understood when you're out and about in the city, as well as fun phrases to connect with local people and get a better understanding of the country and its culture!

Buy it on Amazon now

Meeting and greeting the locals

It might be pretty hard to make friends with Czechs on a personal level. When you meet a local for the first time, they may come across as quite cold and unfriendly. This is simply cultural, as the Czechs do not usually smile or chat with people they don’t know. However, this doesn’t mean you won't be able to find some friendly, chatty Czechs who will want to hang out with you.

The most common form of greeting is through a handshake accompanied by eye contact. It might take a while for strangers to greet each other on a first-name basis. It is also quite rare for acquaintances to kiss and hug, although this may occur among particularly close people.

Communication in the Czech Republic

The Czechs are normally direct and straightforward. In most cases, you must not expect them to make too much effort to be gracious or accommodating – they are just real and go straight to the point.

The Czechs are known to be both formal and, to a certain degree, indirect in the way to speak. They try not to intentionally offend and will usually go out of their way to protect someone’s feelings. They are also non-confrontational and usually take an indirect approach when it comes to business dealings.

You will know that they feel uncomfortable when you see them lower their eyes and stop talking.

Make the most of Prague on our favorite tours and activities!

So, there you have it: the language spoken in Prague is pretty interesting! Aside from Czech, the national language, a few foreign languages are also commonly used in the city, and the local culture makes it even more interesting.
​
Read more:
​​10 Best Places to Backpack in Europe
​5 Most Exciting European Cities​​​​​​

So, will you learn a bit of Czech for your trip to the Czech Republic? Let us know in a comment below! And of course, feel free to drop us a line if you have questions about this topic or suggestions for information to add. We'll be happy to answer!