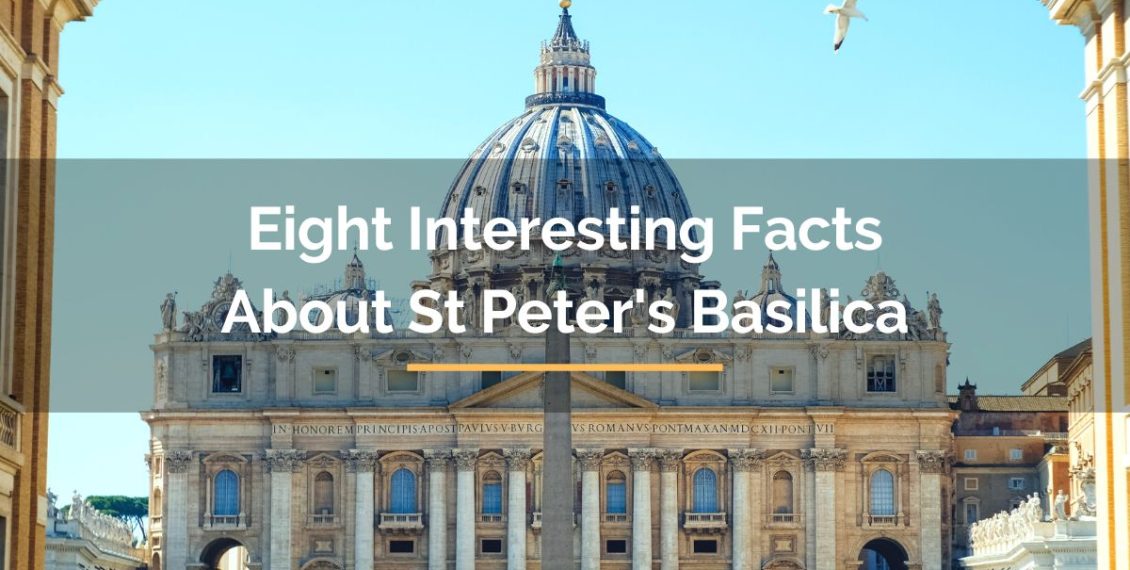 If you’ve ever visited Vatican City, you will no doubt have been in awe at the sight of St Peter’s Basilica. The largest church in the world, St Peter’s plays host to the Pope’s annual addresses at Christmas and Easter, and also holds mass on Sundays and Wednesdays, as long as the Pope is in Rome. There are many associations with St Peter, with the basilica and square named after Jesus’ most trusted disciple. He was held in such esteem that the bible records Jesus as saying Peter was his ‘rock, upon which I will build my church.’

Many centuries later, his words were to come true. Christianity grew and St Peter was believed by many to be the first Pope until his untimely death at the hands of the Roman Empire. Here, we look at some interesting facts about St Peter's Basilica, the namesake Saint, and his strong connections with the Vatican today.

The St Peter Vatican links stretch back as far as the times of Emperor Nero in 64AD. After the death of Jesus, Peter, along with the other remaining disciple, set out to spread the word of God, as requested by Jesus before his ascension to Heaven. Unfortunately for Peter, he was in Rome at the time half the city had burned to the ground. Blaming Christians for the fire, Nero persecuted the Christians and subsequently crucified Peter upside down. 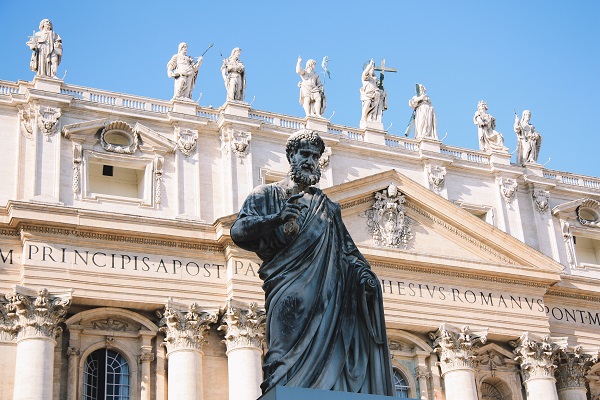 When Jesus made his statement about building a church upon St Peter, it’s possible the disciple didn’t think he meant it literally. After his death in 64AD, St Peter’s body was buried close to the location of the Stadium of Nero, which is now the exact location of the Vatican. In 312AD, Emperor Constantine legalised Christianity and built the first Basilica above Peter’s resting place, fulfilling the words of Jesus and the scriptures.

Constantine’s basilica stood for almost 1200 years until around 1506 and, although the original building no longer exists, the current structure was built using the foundations of the first. It was Pope Julius II who commissioned the building of the new basilica, but sadly, wouldn’t live to see its completion. The last piece of work to go into the new structure, a fountain, was completed in 1675, when construction finally ended.

With a length of 218 meters and a height of 136 meters, St Peter’s Basilica is the biggest church on Earth. The gold coffered ceiling, which is the first thing you’ll notice when you enter, is 150 feet above your head. The statues in the columns all look the same size from your ground floor point of view, but they actually increase in size as they go higher up the wall. The lower statues are just six feet tall, but closer to the ceiling, they are 24 feet in height. Yet they all look the same size!

If you visit St Peter’s Square, you will no doubt have seen the huge dome that sits atop the basilica. The dome is clearly visible across Rome’s skyline, and it’s so tall that the Statue of Liberty could fit inside the basilica! The dome was designed by Michelangelo, who began work on it at the age of 71. The famous sculptor died in 1564, long before it was finished, but his assistant took over and completed the work in 1590. 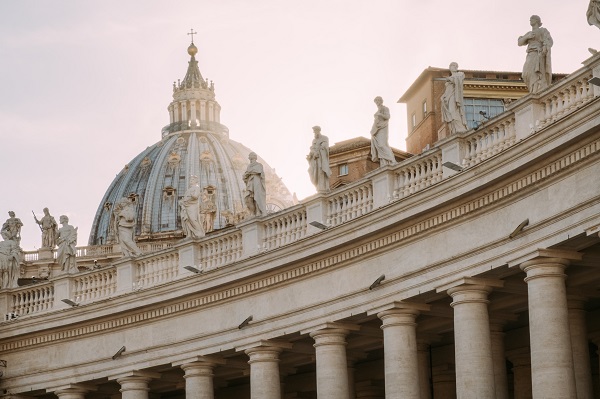 There are 491 stairs leading to the top of the dome, and if you decide to climb it, make sure you’re appropriately dressed (knees and shoulders covered) and the rest of your attire is modest. Backpacks are not recommended and, while you can take photographs and film, tripods are not allowed. The walk is worth it as it gives enviable views of St Peter’s Square and Rome beyond.

The Baldacchino in St Peter’s Basilica is a large bronze canopy above the High Altar. This beautifully sculpted and towering structure was built by the great Renaissance architect Gian Lorenzo Bernini between 1624 and 1633, and it was intended to mark the tomb of St Peter. Bernini was hired by Pope Urban VIII, and to show who paid for the structure, Bernini carved bumblebees into the bronze at the top of the canopy, as bees featured in Pope Urban VIII’s papal emblem.

The basilica is beautifully framed by St Peter’s Square, which was also designed by Bernini. To create an awe-inspiring entrance to the church, Bernini built two huge arms of Doric colonnades around the square in a kind of embrace. Both of the colonnades contain four rows of columns, which adds to the imposing grandeur of St Peter’s Square. There are 284 of these columns in total and 140 statues of saints adorn the tops of the colonnades.

In the centre of St Peter’s Square stands an Ancient Egyptian obelisk. It seems strange that this artefact has ended up in Vatican City, but it has actually been in various locations over the centuries.

At first, the obelisk was moved within Egypt from Heliopolis to Alexandria by Emperor Augustus, who reigned from 27BC to 14AD. Emperor Caligula then transported the obelisk to Rome in 37AD, where it stood in the Circus of Nero. The obelisk was moved to its current position in 1586 by architect Domenico Fontana under the orders of Pope Sixtus V. 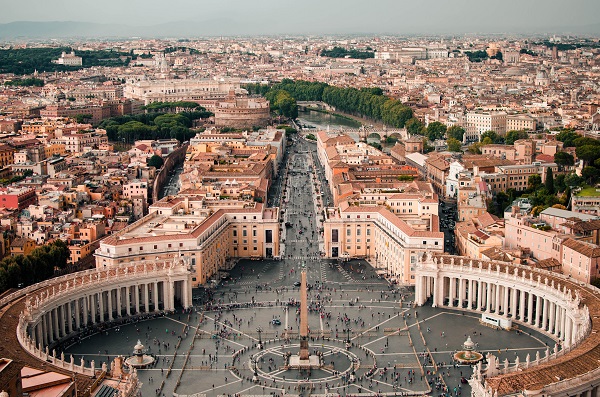 St Peter’s Basilica is a must-see destination for all tourists. Naturally, most people are drawn to this location due to the magnificent architecture and art, but there are also so many things to learn while you are sightseeing. Indeed, learning more about the history of this amazing building will help you appreciate it even more when you visit.

Read more:
When in Rome: a Guide to Events and Must-See Destinations
Accommodation Options: Top Places Where to Stay in Rome
List of 9 of The Best Places to Live in Italy

The Best Spiritual Retreats for 2023

If You Don’t Know Where to Spend Your Christmas Holiday, Here Are a Few Ingenious Ideas