Breweries Downtown Chicago: The 6 Best To Visit On Your Trip 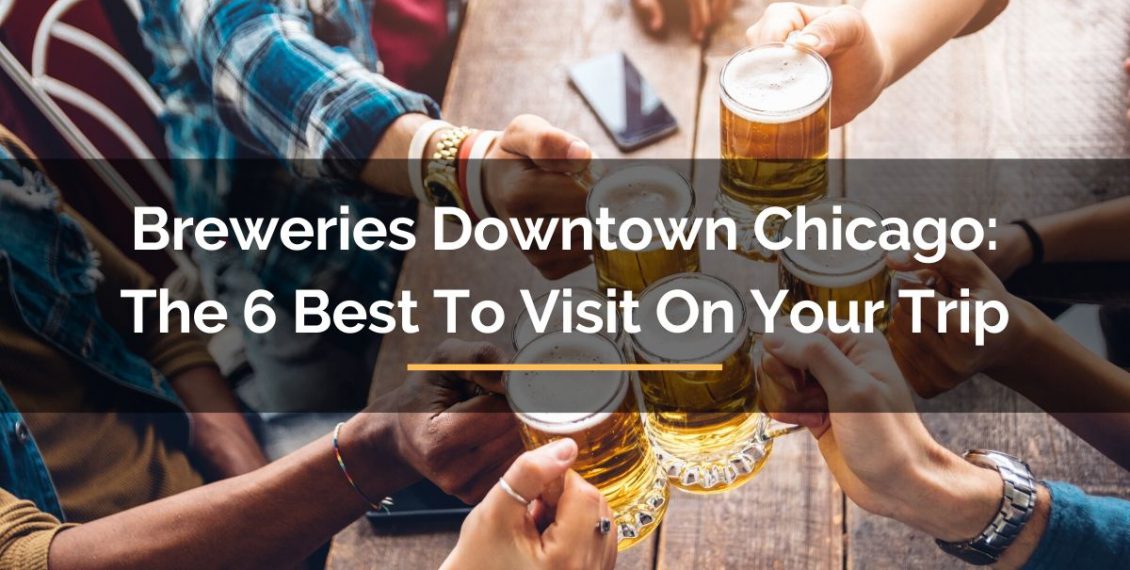 With more than 160 breweries surrounding Chicago, the city is one of the best tourist spots for beer drinkers. It is one of the country's most mature suds markets, producing brews ranging from American to traditional European styles. With their wooden furnishings and iron support beams, exposed pipes or arched ceilings, rustic or modern themes with minimal lighting, Downtown Chicago breweries offer a vibrant and comfortable ambience.

You can also find local brewer shops that serve the freshest beer in town, together with booze-friendly foods such as pizza, poutine, and burgers. The Berghoff Restaurant, a brewery in downtown Chicago, is one of the oldest businesses in the city, serving German-style cuisine since 1898. The restaurant's wide variety of salads, entrées, sandwiches, and appetizers that can be enjoyed with their house beer will surely satisfy you.

If you're not sure where to go, here's a list of the best Downtown Chicago breweries you can visit during your trip.

The Goose Island Beer Company is Chicago's most famous brewery. It makes high-quality beers and is known for its trademark, the school-bus yellow bottle of beer. Although some people rejected this brewery after it went mainstream with its unpopular sale to InBev last 2011, it has continued to establish more brewpubs around the globe.

This beer company offers hard-to-find, great-tasting beers, and allows people to tour their brewing facility. Most locals love their 312 beer, and their food-focused brews like the Matilda and Sofie are also gaining popularity.

The thick foam of the bourbon barrel and the explosive flavors of vanilla, oak, chocolate, and caramel make the Bourbon County Stout their must-try beer.

Former Goose Island employee Josh Deth established this brewery in Downtown Chicago, and Revolution Brewing has since been known as the largest independently owned brewpub. There are two Revolution branches. If you are really starving, you should head to the warehouse where Revolution started, the brewpub located in Logan Square. There, you can taste their delightful burgers, pizzas, bacon-fat popcorn, cheese curds, baked pretzels, wings, and salads from their creative food menu.

On the other hand, if you want the freshest beer in cans, tap, and growlers, you should visit the branch in Avondale. They are famous for their porters, Belgian-style ales, IPAs, and pilsners. Aside from that, a neighboring brewery in Kedzie with a 90,000 square-foot building also houses a liquor hall.

You should try their deep wood series and taste their award-winning Deth's Tar old-aged barrel oatmeal stout. It is blended with English specialty ales to create a deep, chocolaty flavor with caramel candy, toasted coconut, and vanilla. 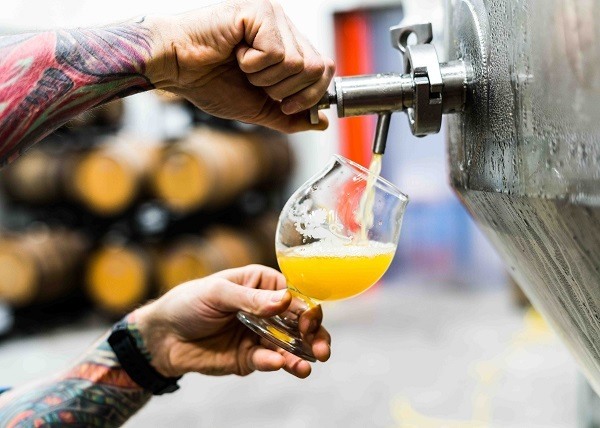 Mark Legenza, the founder of On Tour, developed his love for making beer in his home before his brewery opened in West Loop in 2017. It is renowned for its music-inspired suds, like the Wake Me Up Before You Go-Go coffee stout, Typical Daydream saison, and other Belgian beers, pilsners, and IPAs. It also received the "Very Small Brewing Company of the Year" prize at the Great American Beer Festival.

The company has an excellent, simple decor that is refreshing and welcoming; thus, it is a perfect place for you to hang out with your friends. They offers live bands and comedy, food trucks, yoga, brewery tours, and TV.

The best beer to try there is On Tour's Wake Me Up Before You Go-Go coffee stout. This brew is developed in a rye and bourbon barrel for 18 months and mixed with Bow Truss coffee to make it full-flavored with the appropriate measure of bourbon and coffee.

The Half Acre Beer Company was built in 2006, before the beer rage took hold of America, and many experts consider it one of the original players and the most exceptional craft brewer in Chicago. The first brewpub was located in Lincoln Avenue, on the north side of Chicago. It has since been expanded to the Balmoral facility, a 10-minute drive away.

The Balmoral location is a 60,000-square-foot area with a large indoor bar. There are plenty of seats and a garden patio with picnic tables, which is a perfect place to sip a Daisy Cutter.

The Daisy Cutter, one of the five year-round ales, remains successful for its enticing taste. Its flavor can be described as "drinking outside on a patio in Chicago summer," with a mixture of papaya, citrus, pine, and mango. 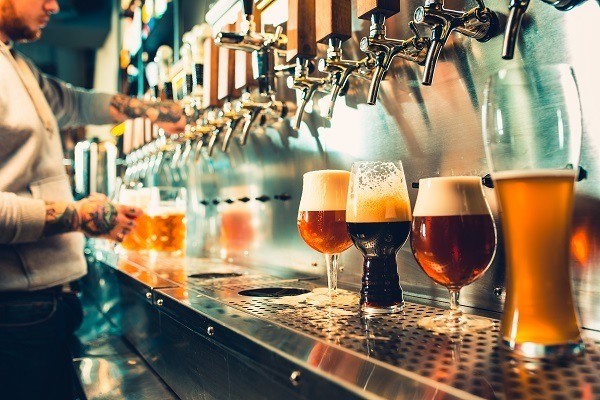 The lineage of Off Color Brewing is in its mature and distinctive beers, such as European-style brews. It is known for its innovative brewing process and flavor combinations, thanks to the perseverance of its founders, John Laffler, a former Goose Island brewer, and Dave Bleitner from Warrenville's Two Brothers.

Although it only started around 2013, it became well-known thanks to The Mousetrap taproom located in Lincoln Park. There are 16 draft lines and a wide selection of beers brewed in-house. Furthermore, you can choose cocktails inspired by Off Color beers. There is an onsite bottle shop where you can select some souvenirs. and you can also bring your own snacks.

You can try out their Off Color Barrel-Aged Beer for Tacos, a wheat beer blended with an agave zest. Another winner is their lager inspired by Sue, the Field Museum's tyrannosaurus rex, named Off Color Tooth and Claw, and their "Very, Very Far" beer, a Belgian-style Ale that won Gold at the Great American Beer Festival. But the must-try beer from this Downtown Chicago brewery is the Apex Predator Farmhouse Ale, a drink with a mellow taste and a dry finish created with sugar and fermented grain to produce a thick, creamy body.

Established in 2009, Metropolitan Brewing is one of the city's top local picks thanks to the Rockwell Tap Room, one of the best taprooms due to its picturesque setting overlooking the Chicago River. This company has continuously been recognized as one of the most respected beer companies in Chicago. Unlike other breweries that vie to come up with the most creative and most hop-forward beers to get your attention, Metropolitan Brewing keep things simple by focusing on making good beer.

If you prefer German-style lagers and beers, Metropolitan Brewing is for you. You can try Krankshaft, their flagship Kolsch-style beer that is fermented in Cologne, Germany. This beer has a lemony taste and a dry finish and is usually offered at O'Hare and Midway International Airport and Soldier Field, the White Sox's home stadium. 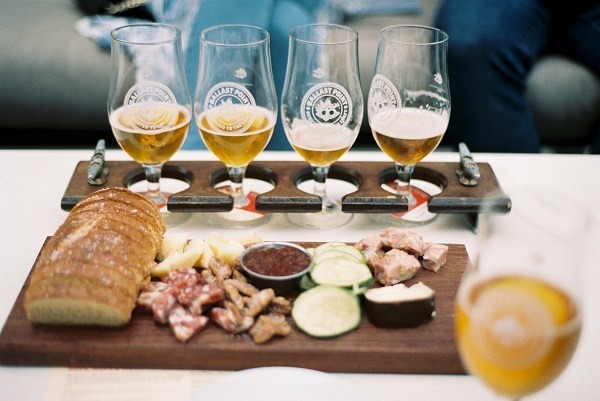 These are only some of the breweries you should visit on your trip to Chicago, especially if you are an enthusiastic beer drinker and want to experience drinking in this beer-loving city. You can also ask for recommendations from locals and past visitors and explore the beauty of the Downtown Chicago breweries.

Do you have a favorite brewery in Chicago? Are you planning to visit any of the brewpubs on this list? Let us know in a comment below!

3 Ways to Reduce Nerves When Visiting a New Country