Discover How Far Is Japan from China Geographically and Culturally 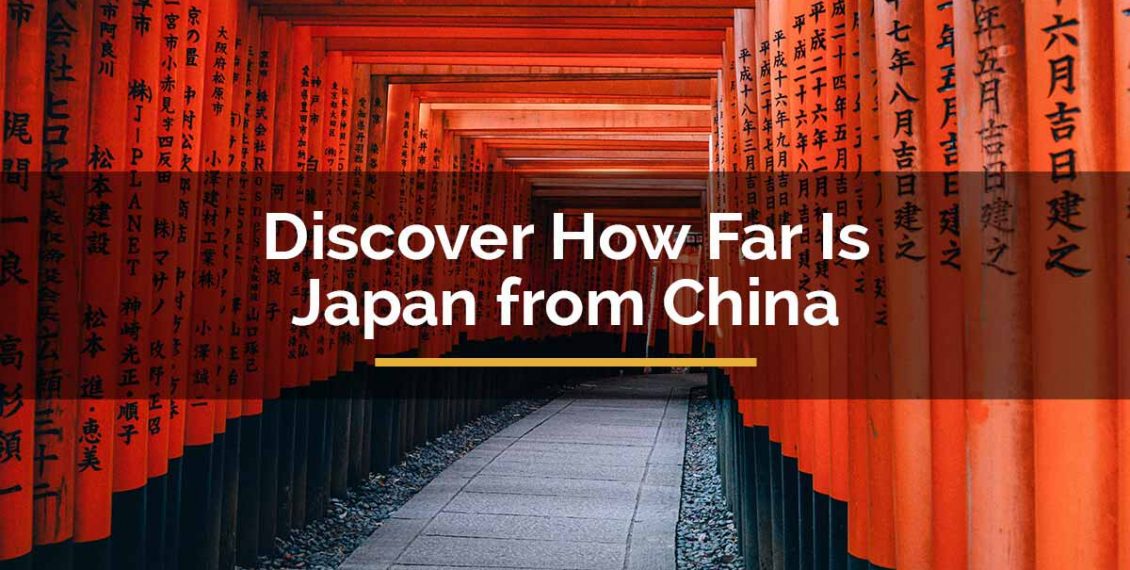 When we meet them for the first time, we sometimes get confused as we're not sure whether we're meeting a Japanese or a Chinese person. Since most of the time trusting our vision on the difference in appearance isn't advisable, distinguishing between these two Asian countries through other factors is essential. In this brief article, let's answer the question, "How far is Japan from China geographically and culturally?"

So, How far is Japan from China? Well, geographically, they are not that far from each other. Depending on where you are coming from in each country, it only takes about an hour or two to fly between the two beautiful countries.

However, it's possibly more significant to identify the difference between the two nations when it comes to different aspects. As you might already know, the relationship between the two countries has experienced a lot of challenges and hardships for the past decades.

China and Japan have experienced quarrel during the classical period. They were part of the empires that were able to keep their culture. These two countries might have a lot of differences, but at the same time, they also have some similarities. Below are some differences and similarities you will find on both to distinguish their uniqueness.

Japanese and Chinese foods can easily be identified. Japan's most popular food is sushi while the most commonly seen food in China is baozi. In Japan, sushi is a subtle way of eating raw seafood and can be pretty expensive due to its quality. Chinese food, on the other hand, is a lot cheaper but comes with its style by using a lot of cheaper and basic ingredients to make delicious delicacies.
​

ecause Chinese food is more affordable, more people choose to eat it on a regular basis than Japanese food that is eaten only occasionally by foreign. One more example is the way they prepare and present their foods. It is important to prepare sushi the right way as its entire style is artistic and creative means to make food stunning, while Chinese food, on the other hand, is faster to prepare and is served in larger portions.

Another example is the style of Japanese food, and Chinese food differs. An authentic Japanese restaurant uses a box called bento box which separates every part to be eaten, while the easiest way to distinguish Chinese food is that they are usually eaten only in a bowl.

The Japanese eat their food in a neater and more formal way while the Chinese don't follow strict manner when they eat. Japanese and Chinese both have different principles of enjoying food and indeed show their similarities and difference.

The handwriting and language of Japan and China show a huge difference in how they're written and spoken. For instance, Japanese writing is known as Kanji while in Chinese, it's known as Hanzi. There might be some words that are the same; however, you can distinguish their difference when it comes to the pronunciation.

To make it more complicated, Japanese has two other types called katakana and hiragana, while Chinese only has one more known as pinyin. The Chinese language is a complex and challenging language to learn. There are more than 200 dialects used all over China and learning to write the language needs astounding dexterity and memorization.

The written language of Japan is based on the Chinese language. Their writing style is Kanji, while the spoken language is entirely different from Chinese.

Traditional Japanese clothing is called Kimono, while traditional Chinese clothing is known as Hanfu. Kimono is based on the Chinese curving-front clothing, but ancient Japanese made a little change to make it look unique. Kimono is shorter compared to the longer Hanfu. Possibly the most significant difference is that Japanese people are still wearing the Kimono today during holiday seasons, while Chinese seem to forget about wearing Hanfu.

Japanese and Chinese cultures differ significantly because of their way of life. For instance, China is one of the oldest living civilizations in the world. However, it also seems like China is last to modernize. Japan, on the other hand, is known to be one of the modernized countries in the world. Japanese industry is incredibly developed and more advanced technology compared to China.

So, to answer the question how far is Japan from China: they are close to each other geographically, but they are far when it comes to other aspects. Do you know any other facts that show the differences and similarities between the two countries? Tell us about it in the comment below!

11 Most Instagrammable Places in Manila, Philippines

13 Top Things to Do in Sentosa Island, Singapore