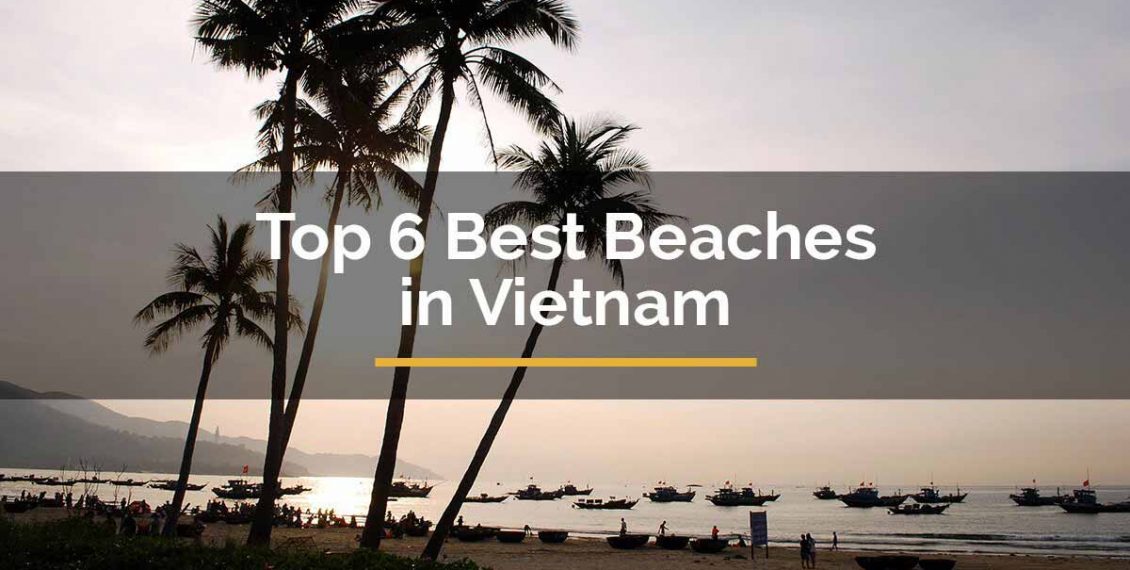 Vietnam is Southeast Asia's the easternmost country. With the population of 87.8 million, it has the same land size as Germany. For people who haven't been to Vietnam, the first thing that may come to their minds is Vietnam War. To those who have experienced traveling here, however, this simply is a paradise.

With the availability air, land, and water transport, visiting Vietnam has become a lot easier than ever. If you're backpacking, the form of transportation to take should be something you must consider to a great extent and plan earlier. There are a lot of things to do in Vietnam, but one of the things you must not miss is the beautiful beaches in the country.

Important Information You Must Know Before Traveling To Vietnam

Vietnam weather is diverse region by region with an area big enough to cover two types of climates: temperate and tropical. In the northern part if Vietnam, there are four seasons grip the temperate zone – summer, spring, winter, and autumn. The Central Highlands experience the rage of hot summers and cold winter season, while the climate in the southern Vietnam is essentially tropical.

The best time to visit Vietnam is from the month of January to March, as the rest of the year is considered to be either extremely cold with heavy rain or flooding or extremely hot sunny daytimes.

In this quite large country which has great amount of population, most of which are Viets or Kinh comprise about 90% of the whole population and, as such, economic control and practice political, while there is a minority of ethnic groups, which includes Muong, Tay, Khome, Nun, Hoa, and approximately 47 others.

The majority of Vietnam's population is Buddhists; however, a large 80% aren't following any form religion. Only about 9.3% strongly followed Buddhism and 7.2% for Christians. A tiny minority follow ethnic religions such as Caodaism and Hoa Hoa.

Vietnamese is the official language of the socialist republic, while English, on the other hand, is the favored second official language next to colonial language French. Vietnam's language paradigm also has some Khmer of Cambodia and Chinese of China with a few ethnic groups with their dialects.

The Best Beaches in Vietnam

In this beautiful country, you are able to enjoy walking to the whitest sands on your barefoot and soak up in crystal clear waters of the Pacific. With about 2,000 miles of shoreline, Vietnam is fortunately gifted with numerous stunning beaches.

With long stretched, sandy coastlines, which are surrounded by tall palms, there is always a Vietnam beach to go anytime of the year. One of the best things about Vietnam beaches is they are only across big cities while some are only a boat ride away. Below is our list of the best beaches in Vietnam from north to south…

A 5-hour bus trip from Vietnam's capital city, Ho Chi Minh City, the exquisite stretch of beach of Mui Ne is a hotspot for both locals and tourists who want to escape the chaotic city. Home to many of affordable accommodations, Mui Ne also offers other attractions aside from breathtaking beaches such as desert-like sand dunes of Doi Cat and a delightful series of fishing villages a bit further up the coastline.

Kite surfing is one of the most common activities here and is offered by a lot of hotels. This activity is offered to both beginners and professionals. November to March is the high peak seasons with strong winds occurring every day from the morning until late afternoon.

The third biggest city in Vietnam, Da Nang is another great place to go if you are looking to spend time at the beach. This is another ideal place for people who want to take a break from touristy places in the country.

Da Nang offers the best of both worlds through its ever-developing urban area, with gorgeous beachfront resorts on the one side and then Han River flowing on the other. The green-covered mountains connect to an unspoiled stretch of white sand coastline at Sandy Beach. This is definitely a tranquil place to unwind, and only one hour flight from either Ho Chi Minh or Hanoi.

Only a 30-minute hydrofoil trip from the center of the country's capital, Vung Tau which literally translated to "Bay of Boats" in English, is a popular place where locals go during the weekend if they want to have a quick escape from the city or want to take a rest after a long week of tiring work.

Even though this beach place is not as peaceful as Mui Ne, Da Nang, or other places in Vietnam, Vung Tau is a lot bigger beach town and offers a lot of amazing restaurants and bars for you to try. It is also a good place to try kite surfing. There is also a little temple devoted to the deity that protects sailors and fishermen during their journeys.

The long-stretched of coastline that runs from the heart of Vietnam is possibly the most attractive part of the country and is home to the lively coastal town of Nha Trang.

Famous for many scuba shops and snorkeling tours, Nha Trang is not far from a lot of little islands that boats go to for divers to relish coral reefs dotted all over the place. Besides its spectacular stretch of white sand beach, this town also boasts lively nightlife with bars running late into the night.

Two of the must-do activities here are snorkeling and kayaking. Mostly unheeded of as a gap year destination, this place definitely offers unspoiled, pristine beaches which make it a great getaway whether for a short or long getaway. You can also go hire a boat to go some fun snorkeling and enjoy seeing the coral reefs and play with colorful fish.

The delightfully rural old town of Hoi An is one of the country's most famous destinations, but only a few kilometers out of town are some of the best beaches you can find in the country. You can easily rent out bicycles and go to Cua Dai or An Bang beach, get one of the sunbeds and relax under the sun.

Hoi An is a UNESCO Heritage Site, which is not only popular for the beautiful beaches, a lot of travelers also come here for its silk and tailoring shops. There are a lot of restaurants and bars to keep you entertained. This place is well-known among backpackers as it is a party place and a good place for affordable inns and hostels.

Life in Vietnam reflects simplicity, but this is a perfect way of life for many and with an inconceivable demographic living close to the poverty line, the standard of living here tends to be very affordable which makes it perfect for budget travelers. But of course, the thing that attracts most people here is the thin shape that stretches roughly 1,000 miles from north to south; the country has a lot of breathtaking coastlines to offer.

But then again, Vietnam also has all the natural beauty, interesting culture, and excellent weather. Always remember that the best beaches are normally the ones you stumble upon on your own after getting lost, by taking a fascinating wrong turn, or by asking directions from the locals.

Vietnam is a wonderful country. You can easily walk in the countryside where you can watch locals farming and fishing, and then swiftly move to an urban area surrounded by high skyscrapers on a busy street where you can find vendors that are selling freshly made local delicacies. There is definitely something going on no matter where you look at.
Have you been to Vietnam before? Which places do you like to most? Share them in the comment below!