Is It Safe to Travel to Venezuela? Let’s find out! 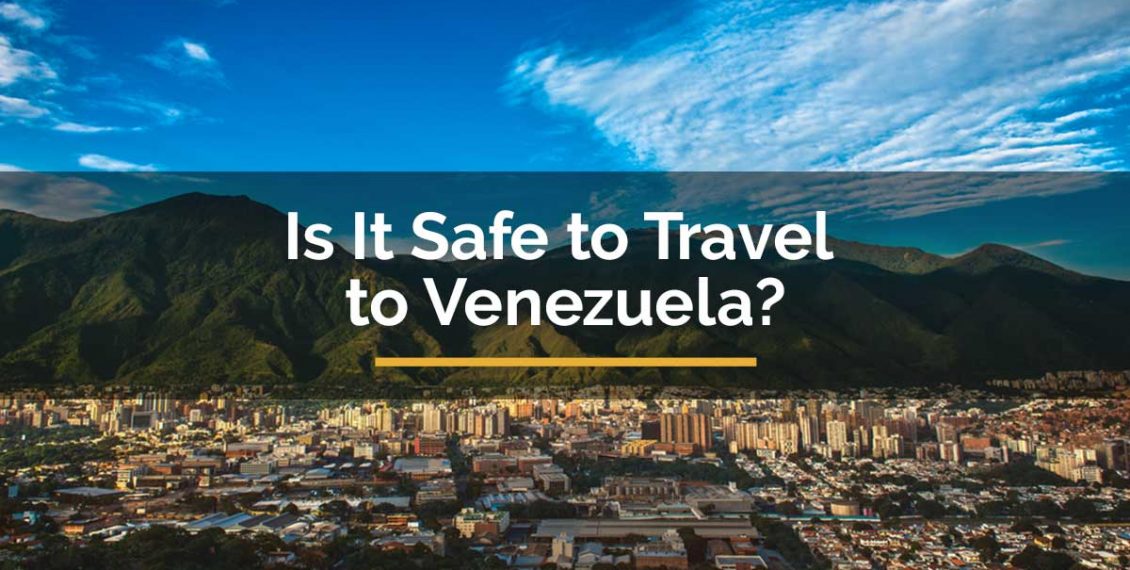 Venezuela is one of the most popular countries in South America. But the question is... is it safe to travel to Venezuela? Located on the northern tropical coast of the Caribbean, Venezuela is home to a great range of landscapes. Actually, when Christopher Columbus arrived on the coastline of Venezuelan in 1498, he was so captivated that he nicknamed it as “Tierra de Gracia" which literally translated to Land of Grace in English. In fact, even today, the country still holds this name.

Angel Falls, the highest waterfalls in the world, is found in the south part of Venezuela. This is one of the top reasons as to why many travelers come to visit. The view of the water flowing down from a thousand feet is really a spectacle to witness.

The country’s local climate is tropical so you can expect to experience hot and humid temperature, while when you go to the highland, the temperature can be moderate.

Another best thing about traveling to Venezuela is that it’s very cheap, so it fits all budget travelers.

Now, going back to the question…

Is it safe to travel to Venezuela?

You might have seen unrest situation of the country all over the news. The country’s economic crisis and mob violence have exploded in the capital, Caracas, which results in chaos with the authority. The capital city used to be popular among tourists looking to experience the beauty of the South American city.

Due to this reason, many people don’t feel comfortable with the idea of traveling to Venezuela. This is totally understandable as this isn’t something should be taken lightly and is a problem we have dealt with in some Wild Frontiers destinations all over the world. However, when you take everything into consideration, you will feel that withdrawing tourism can only make the economic situation worse for local people especially that it makes the economy worse.

Personal safety is a great concern in the country, especially in the country.  That area is not really recommended, especially during the night. Although there are places that are okay for travelers, it’s not a place you can comfortably walk around on your own. There is a great chance for you to get stopped and robbed at gunpoint.

Crime in Caracas and in many parts of the country is becoming worse as more people are becoming desperate.  Assaults and vicious robberies are disturbingly common, as well as carjacking. Even locals are scared to stop at the red light while driving for the fear of getting mugged when they stop their car. It is common to see police every few kilometers setting up checkpoints.

Both foreigners and locals are being searched on a regular basis, or some public transportation drivers such as taxis will offer the police money upfront in order to avoid any trouble. Some police are corrupt and would search foreigners to “fine” them for a fake crime they invented to bribe them in US dollar. Of course, it is illegal to bribe a police officer, so, playing games wouldn’t be easy. It’s common to see people protesting against the government, and normally turn violent when the police and armed pro-socialist gangs fight with protesters.

It’s hard for me to advice against traveling to Venezuela, especially for solo travelers, but with the crisis the country is dealing with, it’s really not going to be a good idea. I would not be surprised if some people would still want to travel to Venezuela even after reading scary news about what’s going on in the country.

If you’re one of those brave hearts who choose to go to Venezuela despite the risks, the beauty of the country is definitely undeniable.  Remarkable backdrop from the Caribbean beaches or snowcapped mountains, unbelievable waterfalls, and the culture, this country has its fair share of natural treasures.

In many places, especially in rural areas, people are generally friendly and are worried about what’s going on in their country. Locals would probably warn you can tell you about the precautions you must take.  People would even say that reporting a crime to the police would be a risky thing as they more likely ask you for a bribe.

Traveling here is possible.  Even Couchsurfing is becoming popular in Venezuela and can be a great way to get nice advice on important things to consider. But of course, this is definitely not for everyone.

When traveling around the country, make sure to have a spare stash of dollars with you, but make sure to place them somewhere safe.  Probably somewhere cannot be found when someone searched you, even the police. This is a good idea if someone mugs you while you are exploring the country.

Again, avoid exploring at nighttime especially in the cities and you are alone. Going out on your own during the day in Caracas isn’t recommended for foreigner travelers either.

Traveling to Venezuela comes with different warnings as the country does unluckily carry something of a negative reputation when it comes to violence and crime. In spite of its popularity as a travel destination, there’s no way Caracas is a safe city and violent crime like muggings and even kidnappings are identified to have been committed on tourists. Criminals have been known to pretend to be as taxi drivers so as to drive tourists to isolated places in order to mug them so, be extra careful when riding a cab.

So, if you decide to visit Venezuela in your future trip, remember the tips stated in this article. Again, the country is beautiful and there are a lot of things the country has to offer in general. However, it is important for you to be careful.

So, what do you think, is it safe to travel to Venezuela? Would you take the risk for the beauty and experience it will potentially offer? Why your thoughts in the comment below!

10 Best Things to Do In Ecuador