How Long Is A Passport Good For? Find Out The Answer Here! 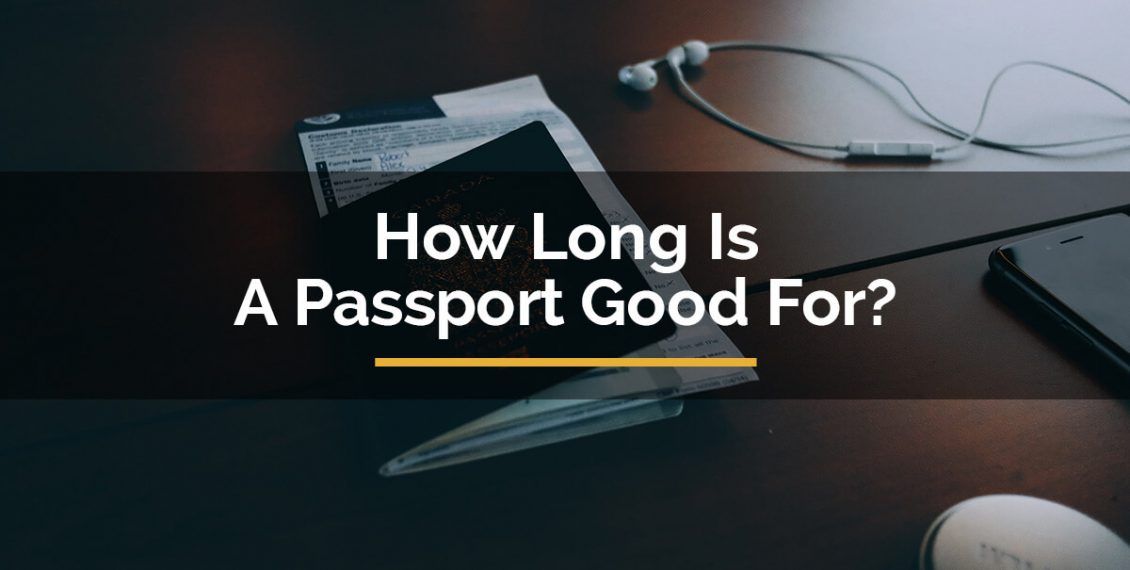 A passport is absolutely essential if you are planning to go out of the country, whether it's to meet your family abroad, to go on a business trip, to travel with your kids, or simply because you want to travel alone. No matter what the reason for your international trip may be - vacation, work, studies, or even to relocate - you will require this official document to enter any foreign country. But how long is a passport good for? This article will give you the answer. But first, let’s discuss other important facts you should know about this powerful document.

Benefits of Having a Passport

Having this document comes with many benefits. You are not allowed to get in and out of a country without it. And further than that, you will not be allowed to re-enter your home country if you lose your passport while abroad. This document acts as a proof of authorization to travel, to enter a foreign land, and to come back to your own.

This has actually become stricter in recent years. In the past, US citizens were allowed to enter countries like Canada and Mexico without passports. However, things have now changed. Today, no matter the purpose and destination, traveling internationally requires a passport without exception.

There are special passports that are issued to diplomats﻿﻿﻿﻿﻿﻿ or individuals who travel on behalf of the government. These passports are usually given out for free, and are only effective when the travels are business-related.

As you gain entrance into a foreign country, you will get a stamp in your passport. As you exit the country, the customs department will confirm where you have been, how long you stayed, and for taxation purposes, you will have to declare the items you bought. Many travelers regard the stamps they collect in their passports as great souvenirs.

Luckily, getting a passport is not a challenging task. You can apply locally and the process takes a few days to a few weeks, depending on where you’re from. Things can get a bit tricky however if you're heading on a last-minute trip. If you're thinking about going on international travels, it is best to make sure that you apply for a passport at least 3 weeks before your departure.

How Long Is a Passport Good For?

Generally, passport for adults have a 10-year validity. Some of the countries that apply this rule include Australia, New Zealand, The United Kingdom, and the United States. In some countries like Indonesia and Papua New Guinea, passports are only valid for 5 years. There are also countries that issue adult passports for periods between 5 and 10 years. For example, this is the case for passports issued to the citizens of Cuba, which have 6 years' validity.

Because children's appearance changes very quickly from infancy to the age of 5, some countries issue passports specifically for infants. These are only valid for two years, and are delivered for instance in Australia and South Korea.

Some countries also issue specific passports with longer validity periods to senior citizens. An example is Latvia, which issues passports valid for 10 years to people aged 60 years old and above. Meanwhile, Spain issues passport without an expiration date to citizens aged 70 and over.

What Is the Passport 6-Month Validity Rule?

The passport 6-month validity rule is a regulation that requires your passport to be at least 6 months away from expiration for you to be granted access to a country. Let’s dig deeper into this topic.

First of all, you have to keep in mind that every country sets its own entry and exit requirements for foreign visitors to follow. As such, there are other requirements travelers may be required to fulfill besides having a passport.

For example, travel visas are needed for many destinations, although not all. There are some locations that require you to have immunization records and/or a test result for HIV. Some countries may also require you to prove that you have no criminal records. Finally, in some destinations, you may need to produce a bank statement or another proof of funds to show that you can afford to stay in the country for a certain duration.

Passport is the most common travel document that is going to be checked by immigration officers. Once a passport has expired, it will no longer be accepted. On top of that, a lot of countries ask for a particular validity period to allow foreign visitors to enter.

This is why the passport 6-month validity rule exists and is enforced by many countries. However, there are countries that only apply a 3-month validity rule. For example, every country that is part of the Schengen agreement in Europe has adopted this more relaxed term.

Other Instances When You Have to Replace Your Passport

Sometimes, unexpected things happen that require us to replace our passport before it even expires. Here are three reasons you might have to renew your passport sooner:

Sometimes, no matter how safe you keep your passport in your bag or travel money belt, mishaps still happen. One of the biggest nightmares travelers can face is losing their passport, especially in the middle of their trip. If this happens, you should immediately get in touch with your State Department or Consulate if you are in another country, and inform them of the situation. They are the best people to help you.

Once you've officially filed a report, you will be provided with a form to fill out. You might have to provide all the same details you gave out when you applied for your previous passport. Some countries may require you to prepare an affidavit of loss and even to file a police report.

Depending on your needs, within a couple of days, you might get a temporary passport from the country where you lost it that will be valid for a few months. On the other hand, if you simply lost your passport inside your home country, you can just follow the normal process to apply for a replacement.

Acquiring a new passport due to damage pretty much requires you to follow the same steps as for an expired passport. Just don’t forget to submit complete information like you did for the old passport, with all the documents required by the government. You will have to surrender your damaged passport. This is in order to prevent the old passport from falling into the wrong hands and being used illegally, so no one can usurp your identity and commit fraud.

Damaging your passport while you are on your trip can be a little tricky. Depending on the country you are in, immigration might be strict on whether they will allow you to use your passport or not. If all the information on your passport - especially the number - is not damaged, then there is a higher chance that you will be let in on the plane without hassle.

If you are not sure about the condition of your passport, then it's a great idea to drop by your country’s embassy to ask for their opinion and advice. As soon as you get back home, make sure to file for renewal right away in order to avoid any issues in the future.

This is rare and unlikely to happen to most people, but if you're a very frequent traveler, it's not impossible to run out of stamping space in your passport before it expires. This can occur especially if you travel to a lot of countries that require visas, since each paper visa will take up an entire page of your passport.

While some countries used to allow passport holders to request extra pages to be added to their passports to remedy this problem, this is no longer possible in most countries. For instance, the USA stopped allowing this in 2016. Citizens with full passports now need to apply for a completely new passport, even if they have some validity left on the current one.

If your passport is getting thin on space, make sure to keep an eye on it and to arrange to renew it while in your home country, to avoid having to deal with this complication while abroad. Note that some countries deliver special passports with more pages (sometimes even double the number) to frequent travelers. While looking into renewal, you may want to check if you qualify for one of those.

No matter where in the world you are planning to go, it’s a smart idea to have a valid form of identification on you. In particular, you should keep your current passport with you at all times. When things go wrong, whether you are in Asia, Europe, or the Americas, you should look at your passport as your ticket to obtain rights and protections as you explore a country you are not familiar with. Have it with you at all times, just as you would your driver's license.

Again, how long is a passport good for depends on the country where it is issued. So, what do you think about the rules followed by your home country? Let us know in a comment below!

How to Apply For Permanent Residence in Canada through Express Entry

Can You Fly with A Temporary Paper License? Here’s What You Need to Know

Do I Need A Passport Book and Card?